After years of cautiously trekking through treacherous and tricky conditions, many galaxies and solar systems, our prodigal son has finally returned home to planet Earth. His mission is true. His vision remains untamed. His dream is our dream. Fongotron vows to bring about endless savings for all your telecommunication needs.

Fongotron’s story begins long ago, across many galaxies, on planet Fongo. The planet Fonglia enjoyed endless savings regarding their telecommunication needs for many years, however, that was about to change. Expensive alternatives who should not be named, laid waste to the planet, and its inhabitants, the Fongolians. What was once a safe haven of endless savings is now a wasteland of expensive contracts, hidden fees, and bad customer service. Fongotron was put in a cryogenic state; that is, he was frozen by those who took away the only place he knew home.

Fongotron was frozen for a thousand years. As he woke up, he noticed those who had wronged him, had also reached planet Earth, riddling our dear planet with contracts, hidden fees, and expensive charges on all our telecommunication services. Fongotron saw that we needed help, and thus made it his mission, his destiny even, to rid us of those who not long ago, destroyed his home. Fongotron travelled through many galaxies to come to Earth, however, those who should not be named, learned of his arrival and subsequently sent him back in shackles. Back then Fongo didn’t exist; therefore, he was behind enemy lines, with no allies to aid him in his efforts. However, after learning about us and our quest to bring about endless savings to our people, he set off to come to Earth again. After coming in contact with our Fongo office, we assured him of safe passage into our atmosphere.

Fongotron denied the premise that he was tired when he arrived at this Fongo office, and sat down to make some comments; “I just couldn’t sit back and witness the same thing happening to your planet, as happened to mine” says Fongotron. Fongotron goes on to say that “the only thing that has kept me going all these years, is the constant reminder that telecommunication services should not cost an arm and a leg”, and that “I’m here to start a revolution, we can no longer support this outrage, we have to act now”.

Fongotron arrived at this Fongo office on August 5th, 2015, 11:23 AM Eastern Time. Fongotron quickly asserted the notion that enough is enough, and the time for us to act is now. He also acknowledged the great work his Fongolian minions at this Fongo office had already done during his absence. Now, more than ever, is the time for all of us to act. Whether or not we succeed with spreading endless telecommunication savings to the world remains to be seen. One thing is for sure though, Fongotron is here to stay, and he is on our side. 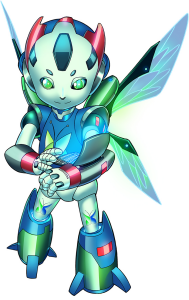 Back to News and Press

Founded and based out of Waterloo, Ontario, Fongo provides Canadians with low-cost, personal and small business communication solutions.